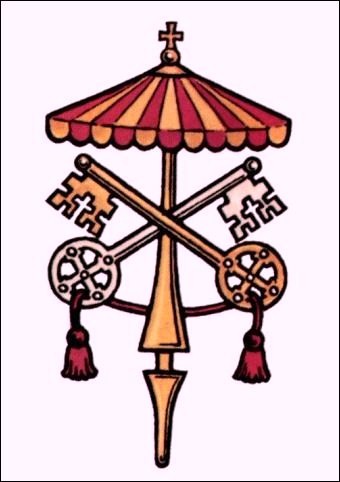 A prayer by St John Fisher

Good Lord, set in thy Church
strong and mightly pillars
that may suffer and endure great labours,
which also shall not fear persecution,
neither death,
but always suffer with a good will,
slanders, shame and all kinds of torments,
for the glory and praise of thy holy Name.

By this manner, good Lord,
the truth of thy Gospel
shall be preached throughout the world.

Therefor, merciful Lord,
exercise thy mercy,
show it indeed upon thy Church.

- Posted using BlogPress from my iPad

Pope Benedict XVI and the Liturgy

2013-02-26 Vatican Radio
(Vatican Radio) One of the lasting legacies of Benedict XVI’s pontificate will be the mark he has left on the Liturgy as it is celebrated today. In short, he has re-focused our attention on how we, as Catholics, celebrate our faith in the light of tradition.
From his highly discussed 2007 Motu Proprio, Summorum Pontififcum, to his approval of the equally debated New English Language translation of the Roman Missal; from his elimination of all rites and gestures that are not specifically sacramental in nature from Papal liturgies to his recent changes to rites for the beginning of a pontificate, the "Ordo Rituum pro Ministerii Petrini Initio Romae Episcopi”, Benedict XVI has brought the Universal Churches’ focus back to prayer and the Eucharist, the source and summit of what makes us Church. In a way Benedict XVI has been a supremely liturgical Pope.

“I think we will be unpacking the significance of his impact on the liturgy for many years to come”, says Monsignor Andrew Wadsworth, executive director of the Secretariat for the International Commission on English in the Liturgy.
Mons. Wadsworth, who was deeply involved in the New English Language translation of the Roman Missal, dropped by Vatican Radio to speak to Emer McCarthy about the liturgical mark Benedict XVI has left on the English speaking Church.

“When the Holy Father spoke to his own clergy, the priest of the diocese of Rome for the last time, he said two very significant things about the Liturgy: Firstly he said that the Second Vatican Council was very right to treat of the Liturgy first, because it thereby showed that God has primacy. And in the Liturgy the most important consideration is adoration. He linked this to the fact that he has desired that in the celebration of our Mass there should be a Crucifix on the altar. So that the priest looks at the Cross and remembers that it’s the sacrifice of Calvary that’s being represented in the celebration of the Mass and that the people should look at the Cross rather than at the priest”.

“The Motu Propiro really is a very important moment in which the Holy Father puts two forms of the Roman Rite which potentially have been at loggerheads which each other since the Second Vatican Council in a creative dynamic relationship with each other. The Holy Father really is reminding us that the light of tradition should fall on all of our liturgical experience”.

“In relation to the New English Translation of the Missal…it was the Holy Father who judged on the whole question of pro multis for many, chalice rather than cup, those are his particular judgements and his prerogative as the Pope. He showed a great interest in the process as it was unfolding …over ten years in the making”.

From the Vatican, 21 February 2013
Reverend Mother,Reverend Father,
I write to you as the whole Church anxiously follows the final days of the luminous pontificate of His Holiness Benedict XVI and awaits the arrival of the successor whom the Cardinals gathered in conclave and guided by the Holy Spirit will choose, after discerning together the signs of the times of the Church and the world.
His Holiness Benedict XVI has asked all the faithful to accompany him with their prayers as he commends the Petrine ministry into the Lord’s hands, and to await with trust the arrival of the new Pope. In a particularly urgent way this appeal is addressed to those chosen members of the Church who are contemplatives. The Holy Father is certain that you, in your monasteries and convents throughout the world, will provide the precious resource of that prayerful faith which down the centuries has accompanied and sustained the Church along her pilgrim path. The coming conclave will thus depend in a special way on the transparent purity of your prayer and worship. The most significant example of this spiritual elevation which manifests the most authentic and profound dimension of every ecclesial action, the presence of the Holy Spirit who guides the Church, is offered to us by His Holiness Benedict XVI who, after having steered the barque of Peter amid the waves of history, has chosen to devote himself above all to prayer, contemplation and reflection.
The Holy Father, with whom I shared the contents of this letter, was deeply appreciative, and asked me to thank you and to assure you of his immense love and esteem. With affection in Christ I send you greetings, united with you in prayer.
Cardinal Tarcisio Bertone
Secretary of State


(Vatican Radio) Among the estimated 150 thousand people who spilled from St Peter’s Square out onto via della Conciliazione for Pope Benedict XVI’s last Angelus Sunday, were the burgundy blazers and caps of one of Britain’s most famous Catholic schools, represented by their equally world famous choir: The London Oratory Schola Cantorum.

“I offer a warm greeting to all the English-speaking visitors present for this Angelus prayer” said Pope Benedict, “especially the Schola Cantorum of the London Oratory School. I thank everyone for the many expressions of gratitude, affection and closeness in prayer which I have received in these days”.

The boys together with their director Charles Cole were fresh from singing at morning Mass in St Peter’s Basilica. They were invited by the regular choir for all non-papal liturgies in St Peter’s, the Capella Giulia, which is marking the 500th anniversary of its founding this year by inviting choirs from around the world to come and sing at the tomb of the Apostle.

At the end of Mass, to the joy of the congregation, both choirs, situated opposite each other in the two transepts of the Altar of the Chair, sung the sublime double-choir motet Adoramus te, Christe by the late renaissance Slovenian composer Jacob Handl.

It was just one of the many moving moments at St Peter’s this Sunday, but without doubt the excellence of the singing and the beauty of the liturgical music was of great spiritual benefit to the pilgrims who had flocked to Rome for this last appointment with Pope Benedict.

“I think the music of the Church has such an important role in developing and nourishing our faith and reinforcing things” says Charles Cole, Director of the London Oratory Schola Cantorum. He dropped by Vatican Radio to speak with Emer McCarthy about what he termed ‘musical evangelization’ and the great boost Benedict XVI’s pontificate has given to the current renaissance in Catholic liturgical music. Listen:

“I think certainly in this day and age where frankly being a Catholic is very, very difficult when we have a constant stream from the media telling us that Catholic truths are off target and no longer in vogue, there are certain truths within the music that tells us, no we are not wrong, we are definitely doing the right thing and we need to keep at it”.

“I think the music is something very comforting, its our dialogue with God, it’s the way we relate to Him through the liturgy and for that to be something available to the boys through the choir is something of huge importance.”

“Under the pontificate of Benedict XVI there has been a particular focus on the relationship of the liturgy and music and this remarkable heritage and its grown to ever greater prominence. But it never really went away its always been there and its something that we simply need to keep alive and nurture, because frankly that music is so special, so unique for the Catholic Church…because its our music”.

“Music and the liturgy have been given a huge boost under his pontificate and that will last for a long time to come”.

Whilst many are spouting as much nonsense as possible about the forthcoming conclave, Zephy and Matthaeus continue on a fixed path through Lent.

Zephy has the Roman station churches

Matthaeus is considering the Sorrowful Mysteries.

The Tract. This Sunday.

I'll come clean. The Dominican Sisters in the New Forest keep putting very good links up on twitter and I am merely rebroadcasting their excellent choices.

Fruits of the Papal Visit to Scotland and England

From The Catholic Herald.

From the Provost of Brompton Oratory

on The Abdication of Pope Benedict XVI.

Here
A re-run of Msgr Burke v Christina Odone on the evening of Pope Benedict's election, but without the hysteria.

Cardinal Arinze on the Papal Resignation

As we hunker down for weeks of MSM nonsense about the Catholic Church, Pope Benedict XVI and the Papacy in general, I propose action or switching off entirely.

BBC R4 one o'clock news has just referred 4 TIMES to Father Lombardi as Cardinal. Off to the conclave and he never knew.

Ruth Gledhill is also in my sights on account of the disrespectful tone she adopts when speaking of things Catholic. She is one of a long list.

"In condemning us, you condemn all your own ancestors, all our ancient bishops and kings, all that was once the glory of England — the island of saints, and the most devoted child of the See of Peter."

At his execution.
Posted by leutgeb at 09:50 No comments:

Patron Saint of Statesmen and Politicians, pray for us.

We had a very enjoyable visit to Oxford to sing the Propers for Candlemas for The Oxford Ordinariate.

If you ever get a chance to hear The Newman Consort - go. They are excellent.

Thank you to Mgr Burnham for inviting us.

<font size="3">OK, so we popped into the Bate Musical Instrument Collection in the morning and I had a go on an 1820 hand horn and since it was crooked in F, it would have been rude to play anything other than the Beethoven Horn Sonata. The last time I had a lesson on the Beethoven was with Anneke Scott who is about to do a recital at the Holywell Music Room. It was a gorgeous instrument and I can't believe it was just left out on a table for anyone to pick up and tootle as they are very easy to dent. Horn playing heroin; if only I had time to practise. :-(