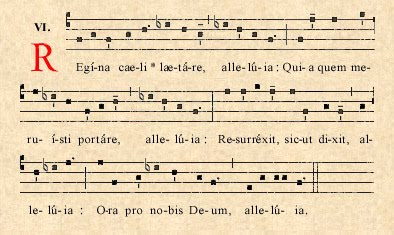 Today I got to sing at some people's 50th Wedding Anniversary Mass. Just after Easter is clearly the time for these things.

In steps the Old Mass, where of course everything is identikit the same, so all of those terrible moments of now?... NOW?? where you look at the Priest, who is busy doing something else, or if it is a school Mass any number of other people all frozen and unable to give any lead, 'cos maybe that's not what they are for, all vanish.

Aside from the small matter of getting the music right, for which a 90 minute rehearsal, including a very useful amount spent on Mass I, was a bonus, you have nothing to worry about.
Posted by leutgeb at 16:44